South Korea’s ‘Pretty Boy’ Set to Make His ONE Debut South Korea’s “Pretty Boy” Kwon Won Il will be out to impress on 19 January when he makes his ONE Championship promotional debut.

The undefeated strawweight will enter the ring on a seven-bout winning streak and will be seeking to immediately establish himself as one of the division’s top tier athletes.

He is scheduled to face off against Anthony “The Archangel” Engelen at ONE: ETERNAL GLORY in Jakarta, Indonesia which will take place inside the Istora Senayan.

This will be the first time that Kwon has competed in an event of this size, and all eyes will be on the South Korean to see how he copes under the bright lights of the world’s largest martial arts organization. 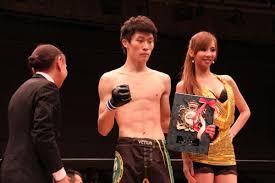 However, it will not be the first time that “Pretty Boy” has competed outside of his home country. Kwon has appeared in events throughout Asia and even made his professional debut on foreign soil, when he competed in Tokyo, Japan.

Kwon’s most recent bout was last October, and he should arrive in Jakarta, well-tuned and ready to put on a show.

In Engelen, he has been given the perfect dance partner for his first outing under the ONE banner. The 33-year old is on something of a hot streak at the moment and is chasing his third first-round victory in three months.

After an almost two-year absence from the ONE cage, the Dutch-Indonesian made a spectacular return last November first appearing at ONE: HEART OF THE LION, where he stopped Cambodia’s Meas Meul, with less than a minute on the clock.

A week later “The Archangel” took a late notice bout against Filipino Jimmy Yabo at ONE: WARRIORS’ DREAM  and claimed another first-round victory, this time by way of submission. 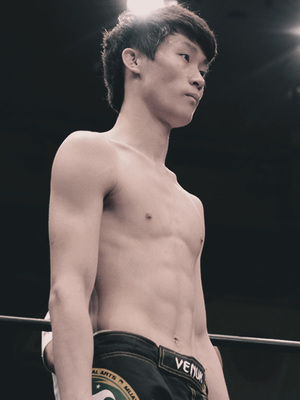 Engelen will be hoping that if he can successfully get past  Kwon on 19 January, he can begin building a case for a possible a shot at the ONE Strawweight World title.

Kwon, no stranger to quick finishes himself, has clocked up four first-round stoppages in his seven bouts. The two dynamic strikers should ensure that fans will be treated to a lively and fast-paced contest.

In a division as competitive as strawweight, a loss can immediately send an athlete to the back of the queue, so there will be a lot riding on the outcome of this bout for both men.

If Kwon needed any extra motivation for his upcoming bout the fact that ONE Championship will be holding its inaugural event in South Korea later this year, would certainly do the trick.

The chance to compete in front of his home fans would be an opportunity that the ONE newcomer would not want to miss out on, and the best way to make this dream a reality for would be for Kwon to continue racking up victories.