For the past seven months, Adriano “Mikinho” Moraes has been preparing and looking forward to 25 January to reclaim his ONE Flyweight World Title.

Moraes is ready to face rival and reigning ONE Flyweight World Champion Geje “Gravity” Eustaquio in Manila, Philippines for the third time in the main event of ONE: HERO’S ASCENT.

The historical first trilogy match in ONE Championship is set to take place in the Mall Of Asia Arena where both mixed martial arts stars are set to settle the score once and for all. 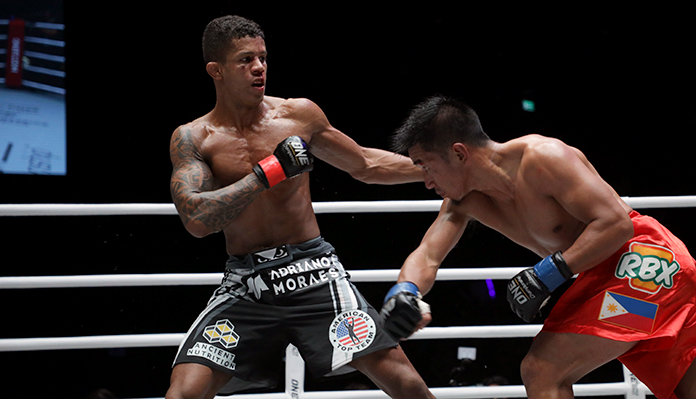 “It’s an honor to have the first trilogy in ONE history against Geje,” Moraes says.

“But my focus is getting back to the top of the division, and it is only him standing in my way.”

“Mikinho” has gathered all the data from their past two encounters and has formulated a sound strategy to ensure victory.

The Brazillian was first to claim the inaugural ONE Flyweight World Title back in 2014 when he was able to secure a guillotine choke on the Filipino in the second round at ONE: RISE OF THE KINGDOM.

A few years later, Eustaquio had the opportunity to challenge Moraes for a rematch after he claimed the interim belt. They competed once more in one of the most exciting 25-minute matches of all time last July at ONE: PINNACLE OF POWER.

When the final bell rang, it was the Team Lakay stalwart who came out on top according to two judges.

Moraes believes that there were a few factors to his defeat, the first being his poor footwork in the stand-up.

It’s something Moraes believes would not have been a problem if only his Muay Thai coach Vitelmo “Katel” Kubis wasn’t out due to surgery. In the end, Eustaquio was able to take advantage of his world-class wushu striking to earn the split decision.

Moraes has since addressed that these issues have been resolved. 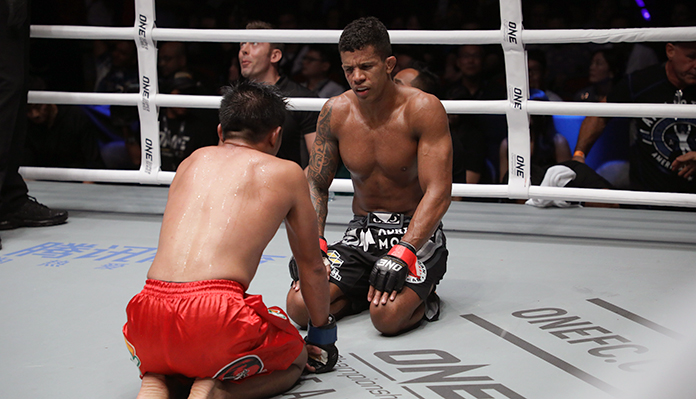 “I had some problems in my last camp that I have fixed in this camp so I can be better,” Moraes explains.

“I think going into that bout I had some doubts about my striking. I watched it back, and my footwork was not working.

“Now my coach is back, and he is better than ever. With his help, I will be much more aggressive in my stand-up, and a much better mixed martial artist. I will put everything together much better.”

Another factor was his lack of aggressiveness which showed during their grappling exchanges where he failed to secure a submission like in their first meeting. The Brazilian Jiu-Jitsu black belt gave Eustaquio credit for his improved mat skills.

“I think he had evolved very well in his grappling game for the second bout,” Moraes says.

“My jiu-jitsu is better than his, so for this fight, I will be more aggressive.

“Sometimes I do too much jiu-jitsu and can be too relaxed, but in martial arts, you need to be more aggressive.”

The most surprising factor to the loss though was that he had established a friendship with his rival. Though he highly respects Eustaquio, Moraes knows what’s on the line and he will make sure that these feelings will not interfere with his quest for the golden strap.

“I’m a big fan – he’s my friend from the mountains, and I’ve learned so much from him – but my focus now is to go for the top.

“We have a new guy [Demetrious Johnson] in the flyweight division at ONE Championship, a guy I really want to fight against, and Geje is in my way.”

Moraes still believes that he is the rightful owner and still the best mixed martial artist in their division. He only needs to prove this to remind the other flyweights by being more aggressive in the rubber match with Eustaquio until he is named the victor.

“Now is my chance to show I am really the true champion,” he adds.